Analysts Must Be Team Players 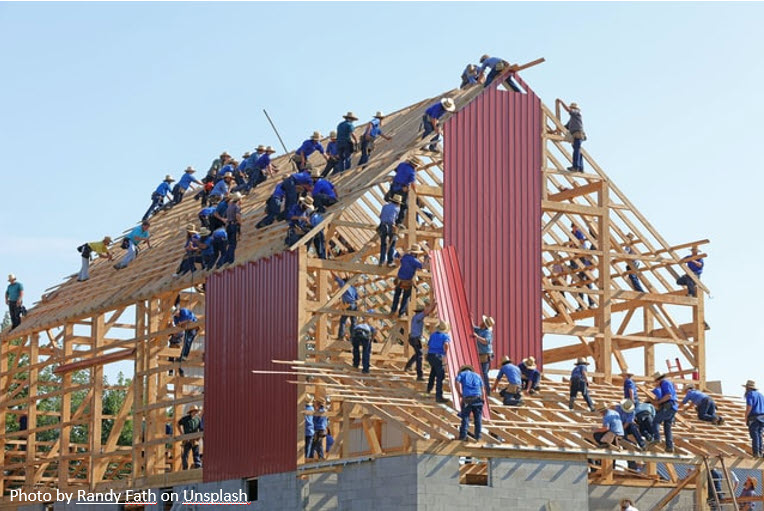 Analysts almost always function as part of a team, which makes the ability to work well with others critical to any analyst’s success. “Others” here includes everyone from teammates and counterparts to editors, managers, or graphics specialists. If you’re an analyst and can’t build and maintain productive professional relationships, your career and capability to provide timely insights to your customers will suffer.

So how do you promote these productive relationships? Here are five strategies for ensuring you and others who can enrich your analysis operate as part of the same team.

In most products I was involved with at the Central Intelligence Agency, people from various units came together to apply their different backgrounds and skills to the effort. This combination almost always created something better than what a lone analyst could accomplish. No matter where you work, I encourage you to collaborate with others to reap similar benefits. Talk to relevant technical experts, bring in people who might know a customer better than you, or pair with someone with a different skillset.

The more diverse a team you can assemble, the better the chance you have of avoiding the cognitive biases that plague analysts, so be intentionally inclusive. Managers of analysts play a special role in such teams: they must ensure everyone’s voice is heard and that one analyst doesn’t dominate others. Junior analysts have a responsibility to speak up, and senior analysts need to listen to them and encourage their questions.

Private-sector analytic teams vary widely in their approaches to coordination, with many doing none at all. I consider coordination a best practice because it ensures one unit’s analysis doesn’t blindside another part of the organization or conflict with products coming from another unit in a way that confuses customers. Coordination also guarantees some level of collaboration, bringing a wide range of viewpoints to bear on every problem.

Having said that, coordination can be a massive headache with a big downside: it’s an arduous journey that creates opportunities for friction at every point in the process. Nearly all of the most frustrating battles I fought during my career were over differences of opinion on analytic issues that arose during coordination.

3. Be relational, not transactional

When interacting with someone at work, you can approach it as a transaction: you need something from them, you get it, and you move on. It’s brief, efficient, and simple. There’s another option, however: you can treat each interaction as a chance to build a relationship, to connect with others. Take the time to meet counterparts in person or at least call, learn something about them and share something about yourself, be friendly, and try to build rapport. Ensure the only time they hear from you isn’t when you need something. This approach takes longer than a transactional one, but not much, and you’re making an investment that will smooth future interactions by creating a trusting relationship. It’s these relationships that can minimize some of the coordination challenges I just bemoaned.

This is one of those issues we shouldn’t have to talk about in professional settings, yet I have witnessed enough instances of disrespect in analytic workplaces to know it’s a prevalent problem. For your coworkers to see you as a good partner, you must treat them with respect. If you’re unpleasant or dismissive, they’ll be unlikely to go out of their way to help you and probably will spread the word that you’re a jerk. I watched plenty of analysts disrespect counterparts, administrative assistants, and others they had to work with, and the end result was always friction that made getting quality product out the door harder.

In my experience, a lack of trust is often at the root of professional disrespect. Either you don’t trust someone’s competence to do the job correctly, or you question their character or intentions. The less you know about someone or the more different than you they are, the easier it seems to be to mistrust them. This puts a premium on getting to know your colleagues and building relationships with them. Conveniently, if you follow my advice about being relational, you’ll already be doing this.

5. Realize you’re not all that

One unfortunate phenomenon I’ve observed is disrespect directed not at individuals but at entire units. For example, Teams A and B always fight over analytic calls, and each team’s analysts firmly believe they’re more competent than the bozos on the other team. Such perceptions of superiority based on organizational affiliation are almost always false, yet I saw such perceptions regularly translate into disrespect that pitted analysts against each other in a death struggle over analytic product coordination.

The fascinating and depressing thing about this type of disrespect is how quickly someone who moves from Team A to B suddenly sees the light and realizes that Team B is actually quite capable. Sadly, this revelation is often followed by a reassessment of Team A as actually having been inferior the whole time. I say this as someone guilty of making such switches multiple times in my career.

The key to avoiding such disrespect is humility: remember that your analytic skills are not always better than the other person’s. There’s no reason to assume your unit’s competence is superiors to those bozos down the hall, in the New Jersey office, or wherever they happen to be. Assume until repeatedly shown otherwise that their capabilities are equal to yours; they might just be tackling things from a different angle.

Always remember that your success as an analyst–and your unit’s success on delivering insightful analysis—depends on effective teamwork.