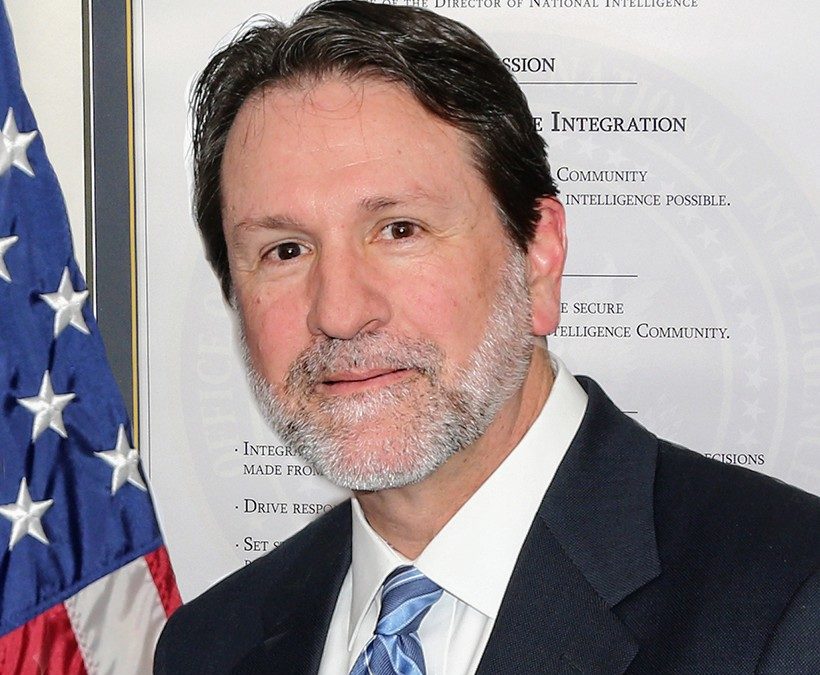 Michael Roosevelt is the instructor behind Writing for Your Executive Customer: The Keys to Analytic Writing with Impact.

Mike took a detour from a PhD program in Russian history to interview with the CIA. That decision led to a 30-year career in intelligence analysis. Over the course of his Agency career, Mike worked on a wide range of national security issues, including internal Soviet politics, Chinese foreign policy, global organized crime, and Caspian energy resources. He served in rotational assignments at the State Department, White House, and Office of the Director of National Intelligence, as well as internal tours in the CIA’s Office of Inspector General, Office of Policy Coordination, and Human Resources. He retired as a member of the Senior Intelligence Service and received the CIA’s Career Intelligence Medal. In 20-ish seasons playing for the Moles in the Agency’s slow-pitch softball league, Mike had a career batting average of .446 and was a member of two league-championship teams.

Today Mike enjoys cycling, volunteering, and teaching analytic writing. In this interview, he shares more about how he found his way into the CIA, offers advice for young analysts, and talks about the skills his course will unlock for students.

Michael Roosevelt talks about his Proficiency1 course, Writing for Your Executive Customer: The Keys to Analytic Writing with Impact

Why and how did you become an intelligence analyst?

I was working toward my PhD in Russian History in a highly regarded program, but the longer I was there, the less the idea of an academic career appealed to me. Although I enjoyed the research and writing and my time in the classroom, I was put off by what I considered an overly politicized atmosphere in a program that pushed grad students to “choose sides” between different schools of thought. It was a zero-sum game in which one side in an academic dispute had to be right and the other had to be wrong.

As I was casting about for a solution to my growing dilemma, my wife told me that she’d seen posters in the student union advertising that CIA recruiters would be on campus. Figuring that I had nothing to lose, I got in line on the appointed day. When I finally got to the head of the line, the recruiter asked me about my major. When I said Russian History, the recruiter said something like, “Please, sit down and tell us more!” This was at the height of the Cold War, mind you; with Ronald Reagan–he of the Soviet Union is the “Evil Empire” rhetoric–as president; and, unbeknownst to me, at a time when a generation of intelligence analysts were in the process of retiring from Federal service.)

To make a long story short-ish, several rounds of interviews, batteries of tests, a polygraph exam, and a background investigation later, I began my job at the CIA almost exactly a year after my first meeting with the recruiter. My first assignment was in the branch that followed Soviet domestic politics, and although I was at the bottom of the analytic food chain, I was surrounded by professionals who had devoted the better part of their adult lives to studying and understanding the Soviet Union and explaining it to US policymakers.

These were my people! I learned something from them every single day that I went to work, and gradually, with a lot of trial and error and advice, learned the techniques that make for good analytic writing. While I still enjoyed occasional opportunities to teach in-house, I knew almost from the start that I’d found my ideal job. The difference maker for me between an academic career and one in intelligence was the knowledge that the work I was doing had an impact on US policy, sometimes in real time. The fact that I stayed for 30 years, through three Republican and two Democratic administrations, is testimony that I made the right choice.

What one piece of advice would you give young folks who want to build a great career in your field?

Intelligence analysis is a peculiar calling and not for everyone. Before I retired, I frequently received emails from undergrads at my alma mater asking about jobs in the national security field. With some exceptions, it was my impression that most of the inquiries were born of pre-graduation desperation, so in my replies I tried to balance encouragement with some hard truths. In addition to talking about the objective qualifications for a career in intelligence, like the most relevant majors, overseas experience, and language capabilities, I almost always emphasized the importance of having a real passion for the work. By this I meant a passion not just for the research/writing/communication “mechanics” of analysis but a willingness to do the work anonymously, in service to the American public.

A chunk of an email I wrote in 2014 to a young woman asking about employment at CIA sums up my views:

“Whatever you decide to do, pursue your dream job because you have a passion for it, and not because you think there may be a job that you’d just “be good at.” When I became a history major, my father thought I was nuts, and I had absolutely no clue whether it would lead to anything other than teaching high school history, which would’ve been just fine with me. But I really loved it, stuck with it through a Masters in Russian History and almost a doctorate, and somehow I ended up in a line at the Student Union for a screening interview with the CIA. I had no assurances that I was doing the right thing, beyond a sense that it felt like the right thing to be doing. Thirty years later, it feels like it was a pretty good fit.”

What got you so interested in analytic writing that you wound up teaching it to others?

This story illustrates the old adage that when one door closes another opens, at least for me. At the tail end of my career, I was working in Human Resources, in a unit that created new organization-wide programs and therefore interacted with senior executives frequently. One thing I noticed almost immediately was that many of my subordinates knew their subject matter inside and out, but they struggled when asked to write about specific aspects of it. The reason they struggled, I concluded, was that they hadn’t had many opportunities in their careers to write in-depth on their areas of expertise. So although it wasn’t part of my job description, I made it my personal mission to work with them to create better, more effective  analytic products for our senior customers. On a practical basis, this meant extensive editorial work on written products, rehearsing important briefings, and, especially, making the all-important PowerPoint presentations more focused, well written, and grammatically sound.

This might make me sound like a real pain in the neck, and I’m sure there were times when grievances about my interventions were uttered, but the consensus was that what I was doing was making a positive difference in the products we were providing our senior executives. For the officers themselves, the proof was in the positive feedback they were getting from their senior customers. All I was doing, from my perspective, was applying the lessons I’d learned over the course of an analytic career to a field that the average employee probably didn’t consider to be particularly amenable to analytic thinking.

My efforts must have made some sort of an impression, because in the last few months before my retirement, a senior in the HR hierarchy asked me to do a half-day seminar on effective writing for HR managers. It went well, and I got good feedback from the participants, and it ended up being the basis of a contract I received to develop an in-person writing course. That work ultimately led to this opportunity to develop an analytic writing course for Proficiency1, which I’ve found enormously satisfying.

True, it might be more intellectually stimulating for me to wax  analytic about Russian politics, but it’s my view that while a strong substantive grounding is important to good analysis, it’s secondary to the more essential skill of writing. Like my struggling HR officers, without the ability to effectively communicate, an individual with all the substantive knowledge in the world is considerably less likely to make a positive impression. So if I can help people become better analytic writers with my course, I’ll feel like I’ve made more of a contribution to the world than by pontificating about the character flaws of Vladimir Putin.

How have you benefited from being a teacher of this subject?

Conceptualizing, developing, and teaching this course has made me more aware of the mechanics of good writing as well as the thought processes that go into it. I talked to a lot of smart people as I was developing the in-person version of the course to try to address the things that were most important. The best advice that I got came from my wife, a developmental psychologist, who filled me in on the cognitive psychology concept of “divided learning,” where lessons are broken up and key teaching points are introduced and revisited multiple times throughout a course to lock them in. To me, that made a lot of sense and gave me a way to alleviate my earlier concerns about possibly boring students to death by talking nonstop about writing for hours at a time.

I’ve also been humbled to learn how much work is required to put together a good, high-quality course. I really hope this one fits the bill!

How will people benefit from the skills they learn in your course?

As I thought about how I wanted to tackle this course, I was well aware that writing is a very personal undertaking and that everyone approaches it a bit differently. Some people, for example, require a lot of structure before they even begin to write, and others create content seemingly from whole cloth, with some sort of inner mechanism that edits and modifies on the fly. What I wanted to do with the course was offer a way to sort of “thread the needle” or find the “sweet spot” (choose your favorite metaphor) between the two extremes and land on common ground. The plan is that the strategies I’ve provided will be of use to anyone who has an interest in developing their skills as an analytic writer.

The areas that I think will be especially beneficial are the ones that experienced practitioners of analytic writing tend to take for granted. I’m talking here about things like getting a clear, relevant bottom line with impact up front; asking good  analytic questions and questioning assumptions throughout the writing process; reaching out to colleagues to test their work and accepting constructive criticism in the spirit in which it’s offered; and correcting as many of the “unforced errors” of grammar, spelling, and construction as early in the process as possible.

My hope is that, with practice, students will reach a point where these essential elements are almost a part of their subconscious as writers. It really is a cool feeling to have that “aha” moment in an analytic career when you realize that you’re now the role model and that less-experienced people are looking to you for guidance and advice as they try to develop their analytic writing skills.

Learn More About Mike’s Course, Writing for Your Executive Customer